Green Technology and Sustainability for Businesses 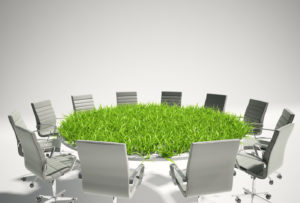 The majority of small businesses don’t have Green Technology and Sustainability at the top of their priority list. While you are more worried about revenue, paying bills, hiring staff and growing, it’s not surprising that being more environmentally sustainable may seem like a luxury that is put off until later.

Even if you are a single person business, with no email or file server, just one laptop and a smartphone, you can benefit. As your business grows, as you are seen by customers and peers, (as well as competitors), as a leader in the environmental field, you will know that your business has a lower impact on the planet. That is something to be proud of.

There are easy and cost-effective ways for even the smallest business to make the most of the coolest, most exciting technology available to you while getting that warm fuzzy feeling from knowing you are helping the planet at the same time. Sound unbelievable? Well, read on.

What are the big three doing to help the environment?

Three of the biggest technology companies provide products and services that you are sure to have bought, used or come across in both your working and personal life.  All of them have now put sustainability at the heart of their business models. Not just because it might be trendy, or speak to their customer desires, but because they know that creating less waste, using less energy or even generating their own energy just makes good sense. This change has required them all to invest huge sums of profits, which proves how seriously they take their environmental responsibilities.

Google basically owns the internet, to the extent of its name is synonymous with the act of searching online for anything. They also sell software products in G Suite and Google Cloud Platform, and hardware like the Pixel phone and Pixelbook laptop/tablet combo.

Apple makes gorgeous, highly functional, products that customers aspire to buy and competitors aspire to match. iPhones still make up the largest chunk of their market and Mac computers have been dazzling us for years.

Microsoft is the elder statesman of the three, now providing both software, (Windows, Office 365), and hardware in the Surface range of products.

Each has their own huge data hosting needs, so they all run multiple massive data centres (huge warehouses packed with supercomputers, wiring, lighting, heating, cooling, etc) across the globe. As you can imagine, these data centres both use and generate immense amounts of energy and waste.

Each year, Google, Apple and Microsoft publish their sustainability efforts online, summarised below.

Google have been a carbon neutral business since 2006. In 2017 they confirmed that they are now running 100% on renewable energy globally. Source

Microsoft have been carbon neutral since 2012. Source

Apple, have a slightly different challenge as so much of their revenue is based on hardware manufacturing and sales. In 2016, 96 percent of the electricity used at Apple’s global facilities came from renewable energy, reducing carbon emissions by nearly 585,000 metric tons. Apple are 100 percent renewable in 24 countries—and all of Apple’s data centers. Source

What does this mean for you? – Hardware (devices):

What does this mean for you? Well, if you buy an Apple or Microsoft device over a Samsung, Dell, or a cheaper Huawei, or LG, for example, you are contributing to a greener supply chain.

Particularly if you trade your old Apple device in at an Apple store, as they aim to recycle as much of the materials as possible. Apple even made videos showing the robot that strips traded in devices down to their components, which are then reused or recycled.

What does this mean for you? – Software (applications):

If you move your business software to the cloud, but use a local data provider, you are only moving your carbon output to another location. Much as I love supporting local businesses, in this regard they simply cannot hope to match. The lower reliability and resilience of using a local data hosting company also cannot be underestimated, but that’s another story.

You’re not reducing your carbon footprint, as you would if you moved to Microsoft or Google. Source

Small businesses that move from an in-house email and / or file server, to Google’s cloud services use 65-85% less energy. That’s quite a saving in real money terms for you.

A business using Gmail can reduce the GHG emissions impact of its email service by up to 98% compared with running email on local servers.

This blog post was produced by Paul Goggin, Managing Director of Innovo Consulting. Combining their passion for technology with the their dream of conserving nature and fighting climate change by helping small businesses move to the Cloud, which helps small businesses lower their energy usages and carbon outputs.

For further information on moving the business benefits of moving to the Cloud, Paul Goggin has produced a series of articles in Steer Your Business Magazine.