E-mail instead of Posting Letters if possible. 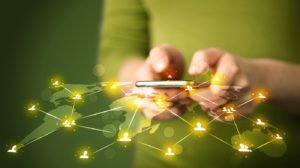 Nowadays most businesses will probably send the majority of their correspondence via e-mail instead of letters. However, there are likely still some things that get sent in the post just because ‘that’s how we’ve always sent them’. Perhaps documents that are too big to e-mail, or those that need a signature on them, although both of these examples can be overcome by technology that is already in existence.

But what are the benefits to businesses in sending an e-mail instead of a letter?

Probably one of the biggest advantages of using e-mail instead of posting letters is the speed. It is without a doubt so much more instant than sending post.

Another benefit is the cost. As the technology to e-mail is likely already in place at your office or on your phone, it costs nothing to send a few more e-mails, whereas the cost of sending letters by post is increasing year on year, which should be a factor to take into consideration for businesses.

Another reason to e-mail documents rather than post them is that the majority of fellow businesses expect to receive e-mails. In a world where decisions are made instantly, the process of sending a document by post adds on additional days to a decision being made. There is also the risk of documents that have been posted being lost or misplaced along the way – an issue that with solid training and awareness should not be an issue for sending e-mails.

Documents can be signed electronically using various e-signing software available online for free or for a minimal cost, and if a document is too large to send via e-mail, then an online storage system such as Dropbox or OneDrive may be a more workable solution.

By posting less and e-mailing more, businesses are increasing their eco-friendliness – the less paper that’s used to send heavy documents and the fewer envelopes used to transport them, the more environmentally friendly a business will become.